“Be careful my son.” The lioness warned her son. “Don’t keep leaving to the human’s side of the world.”

“Why?” the little cub protested. “I am the strongest animal in the world!”

His mother robbed his head and pushed him under her chest laughing. “That’s what your great-great grandfather thought.”

“Was great, great granddad really married to a witch?” he asked.

“Yes he was, and it is from their union that all strong animals were born,” she answered.

“And we are the strongest of them all.” He bragged.

“Yes we are.” she smiled. Then added, with a stern face “But be careful of the humans. They might not be as strong as us but they are smart and almost as cunning as Anansi the spider and Mbe the tortoise.”

The young lion puffed, adamant, and murmured. “I can beat a human.”

Even though he felt he was the strongest, the young lion obeyed his mother and remained in the forest, away from humans, until he grew up and became Lion, King of the forest. Then he became bored and wanted more. He wanted to be the King of the world, not just the king of the forest.

The Lion walked into the human township, there he saw a man about to cut down a tree, and rushed to attack him.

“What are you doing?” the human asked.

“I’m going to kill you, and eat you, and I will be called the strongest in the world.” The lion announced.

“I see.” The human said. “But before you kill me, help me cut down this tree so that even though I am dead, my children can have the tree.”

The lion thought for a second, then refused. “Why should I help my meal?” he asked.

The man laughed. “You claim to be stronger than me, yet you cannot cut down a tree which I have already begun cutting.”

“Yes, keep telling yourself that.” the human laughed and continued cutting the tree. This annoyed the lion so much that without a second thought, he unleashed his claws and struck the tree.

It was a mighty strike, and for a second the man thought that indeed the lion had struck down the trees with its claws.

“I will -” the lion roared as he attempted to pull back his paws and strike again. Its claws were stuck in the tree.

As he was about to strike the tree, the man pulled his axe from the tree and the lion’s hand got stuck in between the trunk.

The man smiled evilly at the lion and rose his hand to strike it.

“Wait please!” the lion begged. He had heard the story of how his greet, greet grandfather had lost the fight against the humans for the title of King. The humans were cheaters, so they won, they attacked with weapons. “Spare my life and I’ll make a generational vow with you.”

“I will never come into the townships to feed on humans and will only feed on dead humans in the forest. But while they are alive, I’ll stay away from them.”

The man liked the vow, so he cut the tree and released the Lion’s paw, so the lion kept his promise.

Long after that Lion died, his son was patrolling the edge of the forest when it saw a human lying still, he went to inspect it and found that the human was alive, just sleeping, and remembered the promise his father made to humans and walked away despite the screams of fear the human had gone into when he opened his eyes to see a lion sniffing him 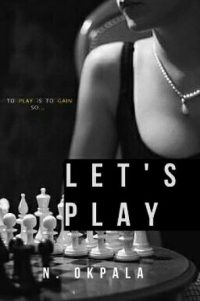