Once upon a time in the world of African Folktales, the Gods were the protagonists of every story. Every story, even the ones done by mortals were ascribed to the Gods who lived in the sky, The Gods who lived beneath the Earth. These made the stories boring and not relatable as it always painted the gods as flawless. It also made the humans and animals feel less capable, and one day, Mbe the tortoise came up with a plan to make the stories about himself. This was no act of kindness but of greed and mischief.

The tortoise approached the God of Stories, Fabling, who is called the writer to ask that she made every story revolve around him. She found his request to be funny but decided to humour him, then sent him on three quests, saying that if he completed them, then he could leave through every story and rewrite them as he saw fit.

The quest was to bring her three things. A jar full of all the bees in his village bees, the longest python in the world, and Agwu, the hungry tiger, and all were to be alive.
Once the tortoise had left, Anansi, a friend to the tortoise, who had eavesdropped on their conversation went to make the same deal with The Writer. He asked her to give him the same task, but she told him no, that rather if the tortoise were to fail, he would get the stories written after him.
So Mbe went to complete his task while Anansi went to hinder him.
Tortoise thought of a brilliant plan. He took with him a jar, a rope, a long stick and a thread and needle. He would go to the bees, which were pretty much stupid and only capable of making noise and tell them that he had gotten into a dispute with The Writer that they were too many to fit into a jar, and they would all try to fit in, then he would close it. He would then go to the snakes and tell him that the stick was longer than him, and the snake would lie close enough to the stick for him to tie it. Then as for Agwu the tiger, he would take the thread and needle and pretend to have sewed his eyes shut then convince the tiger that having his eyes sewn together was an amazing life-changing experience and the tiger would ask for his own eyes to be sewn shut too, and being helpless he would lead him to The Writer.
This was a flawless plan, because everybody in the folktale world was still stupid, as only Tortoise and Anansi still had all the wisdom in the world, and humans were yet to be created. But Anansi had seen tortoise preparing his tools and knew exactly what he was planning so he went ahead of him and told the Bees, The Snake and The Tiger about Mbe the Tortoise’s plan.
When Mbe arrived at the bees’ home, he tried to use his tricks on the bees, but they laughed at him and refused to enter, then he went to the snake and it also laughed at him, and threatened to swallow him, then he cautiously went to Agwu who had his eyes shut and was mimicking Tortoise’s plan. “Oh Mbe, can you see? Now that I am blind, I can see the secrets of the universe.” It mocked.
Tortoise knew exactly what had happened, he knew that Anansi was up to no good again. So he went back home and thought.

Meanwhile, Anansi returned to The Writer to make his request, only to be told that Mbe was yet to give up. This infuriated Anansi who ran out to see what the tortoise was up to.
Tortoise, having properly thought of a new plan, went to Anansi’s wife and asked for her web. Once she had covered him in web, he ran to the bees’ home and tried to steal their honey. They all rushed to attack him but got stuck in the web, and he took off the web and placed it in the jar.
Then Mbe went to the snake’s home, hung ropes from a tree and disguised them as branches and roots. Then he went to the snake and began to laugh. “But seriously though, you know you are not longer than the stick.” The snake was sceptical but tortoise added. “I have no stick with me, no rope, see that tree, that is the same length of the stick, why not let’s use it to measure?” The snake obliged, being the stupid animal that it was and once it had entwined with the tree, the tortoise pulled the rope.
For the tiger, Agwu, Tortoise was cautious, he first took the snake and the bees to the Writer so that Anansi the spider would not release them, then he went to the tiger, but he found the tiger sitting with Anansi laughing.
So he asked Agwu when he became friends with Anansi, and told him that Anansi was lying to him, that there was no deal with the writer and Anansi was up to no good. Anansi, tried to assure the tiger that Mbe was the one lying, but alas the tiger was too stupid to figure things out, so Mbe suggested that the tiger follow him and ask the writer himself.
The tiger followed the tortoise, despite Anansi’s protests which only made the tiger trust him less and less.
Once they arrived at The Writer’s home, Fabling declared Mbe the winner. Mbe was excited, Anansi disappointed and Agwu, furious at being used. He attacked the tortoise. While the tortoise ran for its life, Anansi got on the roof and offered to save the tortoise if he would agree to share the right to the hero role in stories. At first, Mbe refused, but then the tiger almost snapped off its neck. He agreed and Anansi pulled him up to the ceiling where Agwu could not reach him.
The Writer having no Use for the bees, snake and tiger, returned them to their homes and gave Mbe and Anansi the chance to have most of the stories told in folktale revolve around them. And it did until the humans were created.

Did You Enjoy This Story? Let’s know what you think, who is smarter? Mbe or Anansi.
You may also enjoy seeing tortoise in The Bride Price 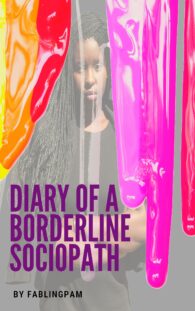 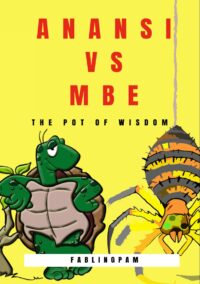