Now, the God of mischief, Ekwe was wondering the earth, looking for mischief to cause. He met with the ant and asked, who is the wisest creature in the Fables universe? The ant was wise and knew what Ekwe was us to, so he ignored the God and went on his way.

Not one to give up, he went to the spider, Anansi and asked. “Who is the wisest creature in the Fables universe?”

Anansi was proud and he bragged. “Of course, I am.”

“I doubt you will be for long, since you’ve been giving a piece of your wisdom to everybody.” He said, then left. Leaving Anansi scared of loosing his wisdom.

Then Ekwe went to Move the tortoise and asked “Who is the wisest creature in the Fables universe?”

“Is there anybody competing for that position against me?” Move inquired smugly.

“Anansi, everybody says Anansi is the wisest.” He answered.

Move did not like Anansi, the spider always walked around like his ideas were better than the tortoise, even though it was clear that he always had the most complicated ideas.

“If that is what everybody says, then I’ll have to increase how much I charge everybody when the come begging me for some of my wisdom.” Mbe scuffed.

“That is a good plan.” Ekwe laughed. “But I suspect Anansi might be up to something, that may make that plan fail.”

Once Ekwe had sewed the seed of conflict in the wisest creatures in the Fables Universe, he went on his merry way, and took a seat in the clouds with the other gods to watch his conflict unfold.

Anansi paced up and down his house thinking of how he could remain the wisest animal in the world, until he hatched a plan.

“I’ll gather all my wisdom in a pot and take it to the top of the iroko tree and hide it there.”

Tortoise knew how manipulative Ekwensu was, as the God of war and mischief, so he initially did not pay his taunting much thought.

But before bed, his wife called him to see something peculiar. Anansi was pulling out his wisdom from their neighbour, Rat’s head. Anansi pettiness made Mbe laugh at first. Then his wife pointed out that the colours of wisdom Anansi had pulled out of One, was green and black and that green was the colour of Mbe’s wisdom and not Anansi.

Tortoise knew he had to stop Anansi. He knew how he had become one of the wises animals was through education and experience, and that anybody could become wise if they tried. He also knew that Anansi’s wisdom was a gift as he was the Spider God.

So that night while Anansi collect all the wisdom from the world, Mbe went to his home to speak with his son, Kweku.

Kweku was a sharp boy, he was not wise but smart. Tortoise told Kweku about his father’s plan and told him to follow his father to see where he would hide the pot, so that they could release the wisdom to the world after he had left.

So the next day, when his father left with the pot of wisdom, Kweku followed him.

Kweku knew his father better than anybody and he knew that even if he stole the pot, the wisdom I’m it would not leave, except Anansi released it himself, Anansi knew this too, which is why he was not bothered by his son following him to the three.

When they got to the tallest tree in the forest, Anansi began to climb the tree with the pot on his back, but the pot was heavy and it kept pulling him down.

After he had struggled for a day to climb up. Kweku finally said to him. If you put it on your head, it would be easier to climb up.

Anansi followed his son’s advice and placed the pot on his head and climbing up the tree became easier. But he stopped climbing.

“How did you know? Did I not take my wisdom from you?” Anansi asked.

“Yes you did. But I am smart and if you hide away the wisdom in the world, People would no longer seal wisdom, but smartness and They would value Mbe the tortoise over you as he is both smart and wise. He will increase his wisdom with is smartness while you will remain the protector of a wisdom people no longer need.

Anansi listened to his son, and knew that his son was right, so he climbed down from the tree and said to his son. “Make sure that Mbe does not learn of this.”

Kweku promised not to tell Mbe and Anansi opened the pot, releasing wisdom to the world. But Tortoise had secretly followed them, and he had seen everything and began to mom Anansi that for the Wisest creature in the world, he was the most stupid creature.

Till today people carry loads on their head because of Kweku’s smartness and there is a bit of Anansi and Mbe’s wisdom in everybody.

If you enjoyed reading Anansi vs Mbe you’ll enjoy The Jackal and The Peacock. 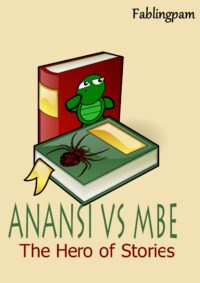 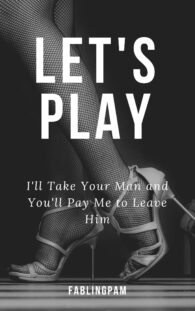