Once upon a time in the land of folk tales, Mbe The Tortoise decided it was time to marry, he had become a farmer and the only way he could get his crops sold in the market was if he had a wife, as that was the rule of the land. Women without husbands could not own farmlands and men without wives could not own market stalls. Even though tortoise needed a wife to gain permission to sell his good at the market, he did not want a wife from his village, because all the women in his village knew him to be poor, lazy, cunning, sneaky, smart, vindictive, uncultured, and wise, and so they did not want to marry him.

At that time, there was also a rich man from Mbe’s village who also needed a wife. But he was so rich that everybody knew he was rich and wanted a piece of his wealth, so he did not feel comfortable with marrying a from his village.

Realizing that they could not marry from their village, both The rich man and Mbe the Tortoise set out to a faraway village to find wives. Mbe alone, and the rich man with his entourage. On their way, they both ran into each other and exchanged greetings.

The rich man and Mbe began talking until they got to the point of the conversation that Mbe wanted. Mbe asked The rich man why he was going to a different town to find a wife and the rich man told him, then Mbe said, “But if you go into the new village looking like a rich man, won’t the women there also know you are rich and marry you for your money?”

The rich man panicked, so Mbe continued, “Why don’t we exchange clothes? If you go in looking like a for a man dressed in rags to have such a rich looking entourage?” The rich man had not realised this, he asked Tortoise to suggest what he could do with them, and the tortoise had an answer. “I’m already dressed like you, you could give them to me and I’ll handle them till you return.” The rich man agreed and handed his entourage over to Mbe. Then they continued on their journey, but now the rich man was alone, dressed in rags, and had a load of bride price that only he could not carry.

“People in the new village will be suspicious if a man who looks like you do comes to marry their daughter bearing all these, why don’t I take them?” The rich man agreed and gave the tortoise his bride price and the tortoise gave him his. And now there was nothing left to take from the rich man, so they both continued on their journey.

When they got to the village, the people flocked around the tortoise and dismissed the poor looking rich man. The tortoise did not have to sell himself, his wealthy appearance sold him. Once he announced he had come looking for a wife, everybody offered him their daughters, and he got to pick the most pleasing looking women. He even found a female tortoise willing to marry him. By the end of the time night came, the tortoise had married 50 wives.

The rich man on the other hand had terrible luck. When he announced why he had come, the villagers dispersed and hid their daughters from him, he went from house to house asking, even begging for a wife, but everybody turned him back. Then he came upon a field where a woman was harvesting some crops, she was the most beautiful woman he had ever seen. He asked her why she had not gone to marry Tortoise and she laughed and told him that she was not interested in being the fifty-first wife of a man who was overly reliant on his wealth. He asked her if he could help her harvest her crops and she said yes. While working together, The rich man and the woman started talking and during their conversation, it slipped that he was a rich man. She was not as surprised as he had expected, and she told him that she could sense that there was something different about him. So she asked him why he had fallen for the tortoise’s trick.

“Anansi.” The rich man said. “While I was planning my journey, Anansi the spider came to tell me that Mbe the tortoise had confided in him that he would trick me into letting him come to the village as me and me going as him, and they had made a bet about it. Anansi had bet that I would not fall for the trick, and he was right, I would not fall for it, but he also had a lesson he wanted to teach tortoise for something tortoise had done to him, so he came to me with another deal, and told me to go into the village as a poor man and let Mbe go in as a rich man, and if at the end of the day I could not find a wife as a poor man, then I could strip Mbe of my wealth once we left the village, retrieve my entourage and head to another village.”

After listening to the poor man, the woman laughed and asked him if he was still looking for a wife. He said yes, and so she took him to her parents. At first, her parents refused and insisted that she married Mbe, but when she would not change her mind, they agreed to let her marry the poor looking rich man. Their marriage happened at the same time that Mbe’s marriage to the 50 women happened, and the women getting married to Mbe made it a point to laugh at her. They even used her to cheer up their friends who were not picked by Mbe, saying, ‘At e=least you are not getting married to the poorest man in the world.”

The rich man got angry at them for making fun of his wife and almost demanded that the tortoise returned his wealth, but the woman stopped him with a mischievous smile. After the wedding they all went in with their wives and while in bed with his new wife, the rich man asked, “What if I lied to you, and I am actually not rich?”

His wife replied. “Then at least I got married to a person I can have a good conversation with for the rest of my life, and my life will not be boring.”

Reassured, they consummated their marriage and went to sleep.

In Mbe’s quarters, Mbe lined up his fifty wives and consummated his marriage with all of them, in order to prevent them from leaving him when the truth was revealed. He worked so hard through the night that by the time morning came he had become, so skinny that the rich man’s attire could no longer fit him.

When they arrived at the village, the people were shocked to see the rich man looking poor and asked him if he was robbed, but he explained that the tortoise had convinced him that he would not find a good wife if he went there looking rich. He greeted Anansi and thanked him for the tip, then they waited for the tortoise to arrive.

Tortoise’s arrival was met with laughter from the village. His wives were rowdy and proud and unaware. They thought the villager had gathered to welcome their richest man. But when the entourage spotted their master, they stripped the tortoise of the rich man’s cloth and dropped him. Then they returned to their master’s side with his wealth. The rich man got changed and handed Mbe his clothing to the shock of his new wives.

The rich man said thank you to Tortoise, then returned to his mansion with his wife.

The tortoise was distraught. Being surrounded by wealth, he had forgotten that he was poor, and now that his new wives realized what he had done, they were so angry that they refused to let him touch them.

Anansi congratulated the tortoise on winning the bet and acquiring fifty wives, and the tortoise thanked him for telling the rich man about their bet. He said to Anansi. “I knew you would try to teach me a lesson with this, but you see, women do not like to suffer, now I have fifty wives who will have children, work for me, and make me a comfortable man.”

Anansi was lost for words, so he walked away.

Tortoise new wives were all angry at first, but seeing as they had come along way from home, and everybody at home thought they had married a rich man, they decided to work to getter and become rich in the new village. Of the fifty, only 10 became pregnant, the forty who did not become pregnant returned his bride price and found new husbands, but with just the 10 who remained, working hard for their survival, Mbe tortoise could finally become the laziest version of himself. This is why till date, you will still see tortoises lazing around in his house and never bothering to work hard.

Not the ending you were expecting right? I find that Mbe, also known as Ijapa (it jacket kpa) to the Yorubas in Nigeria, and Anansi, the God of stories from Ghana, share similar stories. While Anansi’s tales tend to explain life’s concepts, Tortoise’s tales tend to show either the importance or the consequence of being too cunning or smart. Lol, that was me just being a folktale geek for a second, you can check out our Anansi vs Mbe category for more folk tales involving the two wise guys, or you can go down the rabbit hole of the Fablingverse’s many story worlds. You are welcome to spend forever here. 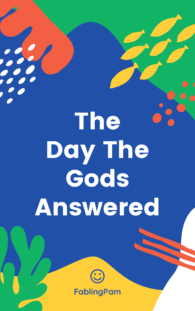 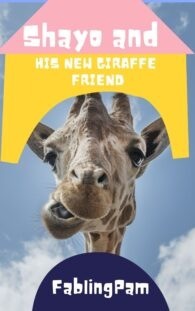