Nnukwu Nwoke was its name, the great man. It was a black 5 feet wooden mask worn over a short raffia skirt and lean black legs. It jumped and spun in the air and the others followed, somersaulting, and spinning like spirits, even Abali the female masquerade. She seemed more energetic than the four. Her mask was smaller but she was the only one with a rhinoceros’ horn protruding from the forehead of her mask and she held the short Ogu staff.

A multitude had gathered around the square to watch the spectacle. The men and young boys stood closer to the circle, the women maintained a safe distance; they were usually forbidden from these events, where the ancestors in the form of masquerades exerted the god’s judgment. But today they were called to witness the cleansing in hopes that they would learn from the scapegoat.

“Umu Agwu!” Nnukwu Nwoke screamed stamping its metal staff on the ground. The bells on top of the staff shook violently and the drums stopped. At first, it was quiet then the murmurs rose. Nnukwu jammed its staff on the ground again and silence returned.

“Umu Agwu!” It began. “We know why we are here. Men of Agwu you know why you are here. We have found this woman guilty of soiling the earth. She has committed a grave sin against us. She has tarnished her husband’s name with adultery, and as our customs degree, she must be punished.” Its muffled voice decreed.

Okafor, the husband to the adulteress sat on his stool at the forefront of the crowd, a gourd of palm wine in one hand and a goat’s tusk in the other, drinking to his entertainment.

Nnukwu gave a lecture to the women about protecting the pride of their husbands, remaining humble to their husbands and reminded them of how inferior they were. While he spoke, the masquerades with the short Ofo staff and Abali made their way to the two sides of the kneeling girl, to her right was a small claystone with scrap metal and twigs, to her left was an empty black pot. And on her face was a waterfall of tears, tears from a woman who knew her life was over.

‘Please.’ She whispered to Abali like she knew who was behind the mask. It hesitated but picked up the black clay pot and held it up with the Ogu staff so that the spectators could behold. The other masquerade placed fire in the clay pot, screamed and the crowd chanted a prayer, then it stood still beside the burning pot, holding the Ofo staff over its head. Once the fire grew Abali placed the black pot on the woman’s head, turned to the crowd, screamed and they chanted another prayer then it stood still with the Ogu staff over its head.

“As it is our custom, we will present her to the Gods, they may choose to have mercy on her, spare her and have her sent to her parent’s house, or they may choose to behead her.” The girl tried to steady her self, despite her shivering body, she had not been fed since her hearing, two nights ago. She felt like she would collapse any moment, but knew that if she collapsed the next breath she took would be in the spirit world.

Shuffling noises made their way through the crowd to the front. A group of women, they wore white akwete skirts with their breasts pointing to the sky and their hair unmade.

“What do we have here?” Cried the smallest of the masquerades, the one beside Nnukwu.

Ekwu, the leader of the Umu Ada walked towards the head masquerade with her women. She stopped in front of him and spat.

“Abomination!” The crowd cried! It had never been done.

The masquerade raised it’s hand to strike her but one of the women pointed a spear at the mask’s eye socket.

The woman had the attention of the crowd now even the girl, but she tried to focus on the pot on her head, she only needed to keep it steady until the fire stopped burning.

“People of Agwu! A great injustice is being done!” The leader addressed the deviant male crowd. The women silently listened, some hefty looking men began to slip behind the crowd. “Yes, our daughter committed adultery and she should be punished for it. Like the women before her. But should this rule only apply to women?”

Some men began to pay attention to her now. She was a powerful orator. And the wife of Chief Agwunechemba. She was from the neighbouring town where the women fought like men.

“Did Amaka commit adultery by herself? Is it an act done by just one person? Why must the woman be punished alone? Why not the man? We are treated as property by the men in our community, like livestock! The Gods are fair! Are they not? Why have we never brought a man to be judged for adultery before the Gods? A married man can sleep around, but a married woman can’t? A woman must keep herself but the man shouldn’t?” The crowd was beginning to roar again. The women in agreement, the men in annoyance.

“The Gods are fair and know no bias! But our men have taught the Gods to hate us, women. They have rendered us silent. Yes, Amaka must be punished but so must her partner.”

Abali shuffled uncontrollably, she was meant to remain still, but something had to be done to stop the instigator.

“Shut up woman!” The female masquerade bellowed! “Who gave you the authority to speak?” She ran towards her but Ekwu stood her ground as another spear blocked him from reaching her.

“You wicked coward.” She sneered at the female masquerade. “If the Gods are fair then let them show us their Justice!” She screamed.

The hefty men had begun to approach now, geared in their catapults, swords, shields and spears, about fifty, to fight off ten women.

“Ani, our mother! I call on you! Anyanwu! nothing is hidden from you and Ọnwa, even the darkness cannot hide from you! Goddesses you have seen it all! We are women like you! Show them; show us that you are not tools. Amadioha! God of justice! I call on you! Ekwensu! God of war I call on you, Ikenga God of strength I call on you! Igwe king of the sky! Ifufe! The free spirit! Show us, Justice, with your own hands! The men have desecrated your land with adultery, with corruption, show us justice and fight your Battles yourself!”

Her call to the Gods frightened everybody and kept them rooted to the ground, but after seeing that nothing happened, the warriors ambushed the women, subdued them and began to drag them away from the centre.

“Crakalakalaak!” The sky screamed then turned a dark shade of blue. The earth shook, the wind howled and a female voice spoke from the sky.

“Abali! Return to the spirit world, the one who wears your mask has committed an abomination.” In an instant, the mask broke in two and a handsome but petrified face was revealed. “You seduced a married woman, for this you shall never have an heir of your blood and your moons shall be shortened. Okafor!”

A female deity descended from the sky in its glory. She stopped just before her feet could touch the ground then she pointed at Amaka’s husband, his tusk and guard had fallen to the ground, he was in the same state of petrification as the other villages, even the women who had summoned the Gods. “You maltreated your wife, you treated her like property, you neglected to satisfy her in bed, yet you gave your blood, sweat and tears to Uli, a woman who is about to be married to another, you were a regular at the community whore house too, for this you shall no longer enjoy the pleasures of sex, Ani takes your manhood.”

The other Gods descended and every God had a judgement for everybody. All were judged and punished justly, nobody was spared, not even Ekwu. She was fond of stealing her husband’s palm wine and drinking it alone, a minor crime but her tongue was cursed to be numb for a whole week, 5 market days. But her husband had unjustly acquired the farmland of a poor man, who committed suicide as a result, in return, his hands were taken by the Gods and they ordered that he returned the farm.

When the Gods were done, they focused on Amaka. Ifufe put off the fire. Then lifted the pot from her head and placed it beside her.

“Amaka,” Igwe began, but had to wait for her to stop weeping loudly “Amaka, you will not die today, in your stomach is our high priest. He would hold the staff of justice and the pot of fairness. No more will men possessed by the ancestors administer our justice. You committed an abomination, so did your husband, so has half the people here. We did not kill them; we do not kill for reasons like this. But you will live to see your son’s 18th moon, then on the night he becomes a man you will join the ancestors, this is not because you committed adultery, you have been punished enough for that. This is because you plotted in your heart to kill your husband in a way that will condemn his body to the evil forest, and if you had not been caught for adultery you would have succeeded.”

Amaka began to cry again, this time saying thank you, her husband just stared at her, the villagers remained quiet for over a week mostly because the gossips’ mounts had been glued shot for five market days.

The sky cleared up like it had all been a dream, but they knew it was not. After five market days, some people were relieved of their curse, and some were relieved after a month; 20 market days. People with greater sins like the dibia had to wait for 20 months, two new moons. After that day the village was renamed Ofonogu and till today it remains the most just in all Igbo lands in the Fablingverse. 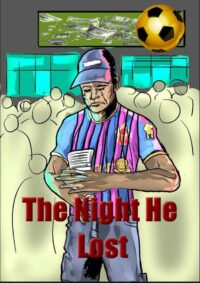 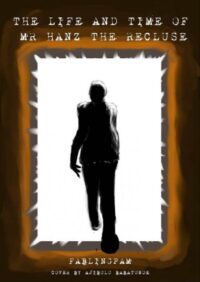