The pelting of rain over his room filled his mind as it faded. His arms lay lifeless by his side, numb, he was lying on his bed but he felt like he was floating. This is how it ends.
It had been a normal morning for Hanz. He woke up, had his bath, harvested his meal from his farm, cooked it, ate it then slept. He seldom left his apartment for fear that some evil may befall him. He once lived in the city with his parents, but they died in an accident, just as they were pulling out of their driveway. His uncle took him in, but he was stabbed by his colleague over some financial dispute. His Uncle’s widow soon found a lover after his death and soon died of AIDS. The outside world is Evil.
He was only 27 but he had seen it all. At fourteen he became bio curious and eventually gay, he felt it was wrong, the priests said it was, so he never told anybody until he told his best friend who told the world. His first true taste of betrayal and the consequence of going against society and its morals. He had been robbed at gunpoint, and he had nearly been killed in a gang crossfire. The outside world was dangerous and deceptive. But what broke him was the threatening accident on a motorbike.

Not long after he had gotten on his friend’s bike, it ran into a Truck. His friend was instantly decapitated, but he was thrown into the windscreen of a parked car. He had faced and escaped death and he never wanted to do it again. So he packed his bags and moved into his family’s house in his village. Here he would be safe.
The local traders stopped at the junction to buy foodstuff from the farmers so he never had to see another main road again, he had enough money and food to survive. Here he was safe.
And yet here he lay, dying. It was a stormy night and there was only one thing to do with the breeze that came with the storm, have a nice long sleep. But not long after he got on his bed an electric pole fell, line and all, right on his bed.
“I can’t believe it. I still died.” He thought. “I wanted to enjoy life more, I could have done a lot. All those parties I missed. I should have made more friends. I lived as if I was dead.”
Tears fell down his face as he walked towards the light.
“We meet again.” The most beautiful man he had ever seen walked out of the light and towards him.
“Who is he?” He thought.
“I am death.”
He wondered how he could hear his thoughts, then realisation sank in.
“Are you here to take me to hell?” Death burst into laughter.
“No, no. Please, no” He laughed. “I’m here to make a deal with you.”
Hanz stared.
“A playboy just died leukaemia somewhere in Nigeria, and I want you to take over his life.” Death said, “Of course no that he is dead, the leukaemia is gone.”
“What?”
“Mr Hanz, life is a game. You die when you don’t play it, and you die when you play it. The point of the game is to Live. But you, my friend, Here is your adventure book.” Death snapped its fingers and a book appeared. On it was written ‘The Life and Times of Mr Hanz the Recluse.’ The pages flipped itself to reveal that they were all blank.
“You were not meant to die yet. So I can permit your soul to take over Mr Bolaji’s body. I can give you a second chance to live. All you have to do is say yes.”
__________________________
Bolaji opened his eyes and recoiled, the fluorescent lights were too bright.
“Doctor! Doctor!! He moved!!” A woman screamed.

A very Odd title challenge from Ifie D Yongosi but that’s what made it a challenge. Right? If you need some existential crisis, check out What’s The Use? 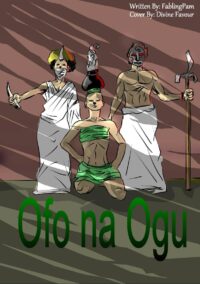 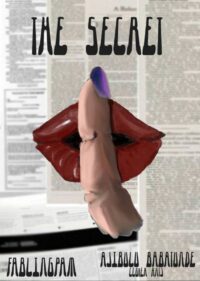