For a long time the 50 female children wondered aimlessly in the earth’s belly, then one day the eldest daughter looked up and saw light coming through the ceiling, so she climbed up and saw how vast the earth was, and she called out to her sisters “Let us leave here and climb to the top.” At first, her sisters refused, but then she convinced them that what she saw outside was beautiful, so they followed her out. And it was beautiful.

Now as the daughters walked, they came upon a stream which blocked their path. They thought of turning back but the stream called out to them. “I am a stream, you can drink from me and wash in me and you can cross to the other side by walking across my shallow end.” So the daughters camped by the stream and drank.

As Night was approaching the daughters saw the 50 sons at the other end of the stream, but they did not know them, as they had been asleep at the point of their birth. Thinking that they were alike, the daughters called to the sons to cross over to their side, but when they crossed over, they found that they were different, though their clothes were similar, their stature was different and they were filled with fear and asked the sons to stay away from them.

When night came the sons went to wash in the stream and while they washed, one of the daughters; the bravest of them, went to spy on them. And when she saw their naked body, the feeling that overcame her parents also overcame her, but she was afraid of the feeling and returned t her sisters.

After the sons were done washing, the daughters went to wash and the brave daughter told them everything she had witnessed when she spied on the sons. Her sisters were worried about her because she had tried to run back to the sons afterwards, so they held on to her to protect her from herself.

When Morning came, the daughters continued on their journey, trying to get away from the sons as fast as they could. But even though they had travelled for a long time, they had not gotten far from the sons as they were yet to learn that the earth was round.
Meanwhile, the sons had gotten tired of walking and agreed to settle by the stream, the older sons dug a hole in the ground and lived there, but the younger sons refused to live in the ground as their parents did and they begged the trees for their trunks and built houses raised with stones.
After walking for 2 days, the daughters found themselves on the other end of the stream staring at the son’s camp, which now looked like a village, and they stood and marvelled. Then the youngest sister crossed the stream to the son’s camp to get a better view.
While the sons had built houses for themselves, the wild son refused to live in a house and when the youngest daughter crossed over, he smelled her and attacked her, and she cried for help.
All the daughters heard her scream and rushed to her side to rescue her from the wild son, but the wild daughter stood behind them as she watched hopping for blood to spill.

When they had consummated their meeting, they took each other as man and wife and the daughters moved in to live with the sons, and the sons said, if women are to live in the houses that we built, then never again should they lay on top us, and the daughters agreed, and they lived together.

There are many more African Mythology Origins but till we adopt them, will you like to read Diary of A Borderline Sociopath? 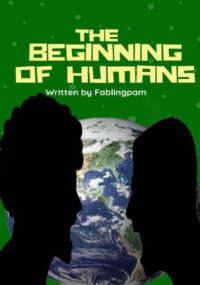