In the beginning, the earth was empty and void and The Creator hovered over the earth and asked: “What should we make of this world?”.
“How about we bring African folktales here, let’s create a world where the stories from old, by your people can come back to life,” I suggested. The creator smiled, and so it was. And of all the African origin tales, she chose a Berber Origin.

And so it began. In the beginning, the creator created a man, and a woman and she clothe them and put them in the belly of the earth, the humans were surrounded with darkness, but they could see, and they saw the well which they were to drink from, and the food which the creator had left for them.
The man and the woman lived together but separately, suspicious of the other and ready to attack when the need arose. Then one day the woman went to drink from the well; as she crouched over, drinking, the man approached the well and demanded that she move out of the way so he could drink. The woman refused, stating that since she was there first it was cautious of the man to wait until she was done before drinking, but the man would have none of it.
He pushed the woman out of his way and went for the well and the woman gave him a backhand slap in retaliation and a fight broke out. The man and woman had fought for seven days when the woman felt her premenstrual cramp creep up at the wrong time. The man saw her bend in pain, used the opportunity to knock her over, and because she was in too much pain, she gave up.
When the woman fell, her cloth rolled up and exposed her ‘puyang’ and boobies. On seeing them the man took off his clothes and touched his chest. “How come yours are big and mine are small?” he asked.
The woman shook her head as she also saw the man’s chest for the first time, and even though his chest was not like hers, she found that they were beautiful to behold. Then she said. “The thing between your legs is also different from mine.”
He nodded as his ‘puying’ rose. “What do we do with them?” he asked.
“I don’t know,” she answered.
Then they felt an urge and the woman said: “Maybe your puying goes in my puyang.”
And so they lay together, the man put his puying in the woman’s puyang and they became man and wife.
And they lay there for many days add refused to be separated, so that every nine months, the woman gave birth to 4 children.
By the time the man and woman were ready to be separated, they had born 100 sleeping children. Then they looked at their children and did not know what to do with them, so they separated the sons from the daughters then woke the sons up first and said, “Leave and find where you belong.”
When the male children had left, they woke up their daughters and said to them as they had said to their sons. And this is why till this day all children must leave their parent’s homes to find their own home.

Wait, This is not the end. 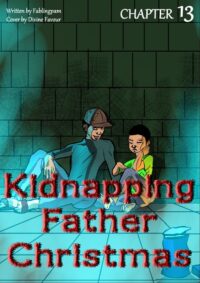 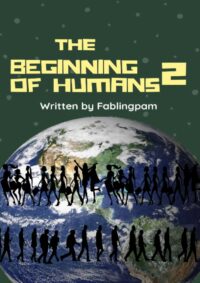